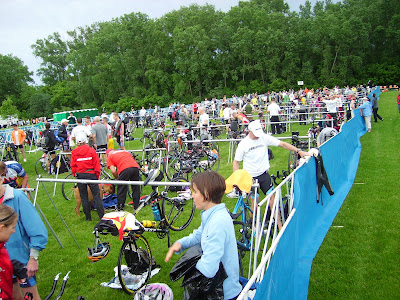 Spent Sunday with my cousin Jay and our good friend from Canada Ellen. They were tearing it up at the Verona Triterium. I like to swim, bike and run, but not in the same day and sure as hell not one right after another so I gotta give it to them and the other 700 that lined up. If you have never gone to a Tri, you MUST, because no matter how nice you think your bike is or how tricked out it is it's nothing compared to the qwan these guys spend on their rigs. 700 bikes in here and probably 70- 80% are carbon with full boat Dura Ace. 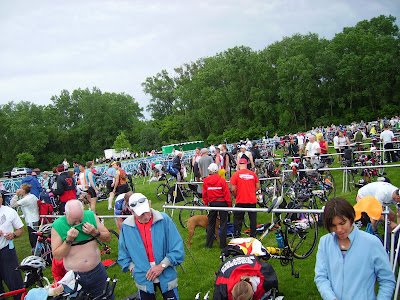 This is really early, I regret not getting a pic when the racks were all jammed up. 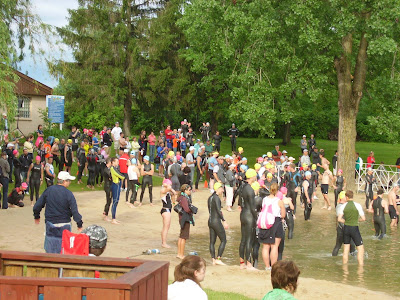 A couple of the waves waiting to storm the quarry, 500 meters meant 3 laps of the lake with a little run out and back in each time. 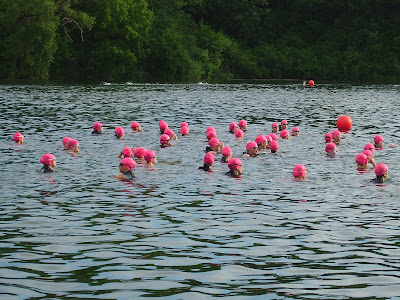 Look at all the bobers. 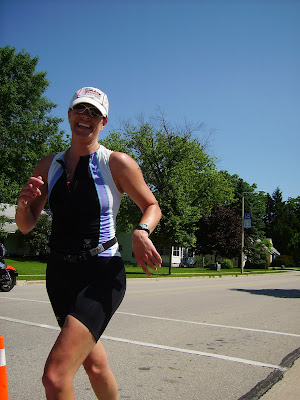 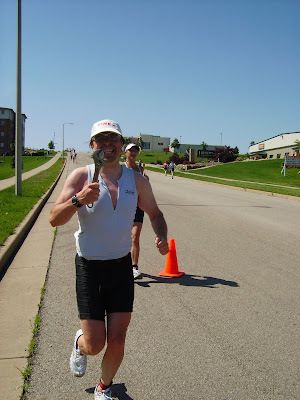 This is Jay, he found a 12" crescent wrench on the course that he decided he might need later for changing his rear cassette. I'm glad I was there when he picked it up or he would have run 2 miles with it. I used it later to motivate people who were slow. 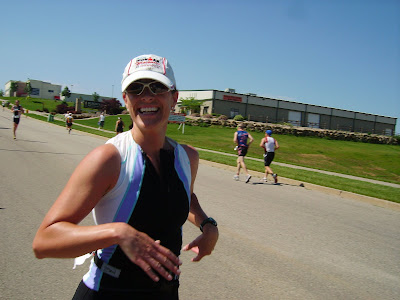 Big smiles all the way to the end. This is on the down hill, the smiles were a little less going the other way.
Posted by L5 Racing at 6:30 AM