Ergon is Comming to the USA 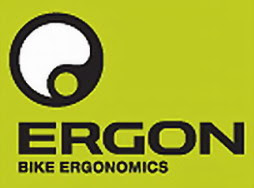 This is a story about Karma and believing in the the products you use. I was just getting ready to place an order for some Ergon Grips when I got an email from Jeff Kerkove asking if I would like a pair grips for the 2007 season. Jeff has been working with Ergon for the past 3 years. I replied that his timing couldn't have been more perfect as I had the catalog open to order. The next day I received notification that if I wanted, I could be 1 of about a dozen riders in the country to represent Ergon. I should say the reason that I was even in the process of ordering some Ergon grips is because Jeff told me last year how much he liked them. I trust his opinion because he looks at sponsorship like I do and that means that we won't run something just because we can get it for free. I know that some folks find that hard to believe but its true, especially for the ultra distance scene, you just can't afford to run anything less than the best or you will lose. So there it is I was going to buy, not get for free a product that I believed would aid me in the long haul and now I'm not just getting a pair I will be representing them in 2007. More to come on these cool grips as well as their whole product line that includes saddles, gloves, and packs.
Check out their site in the links section.